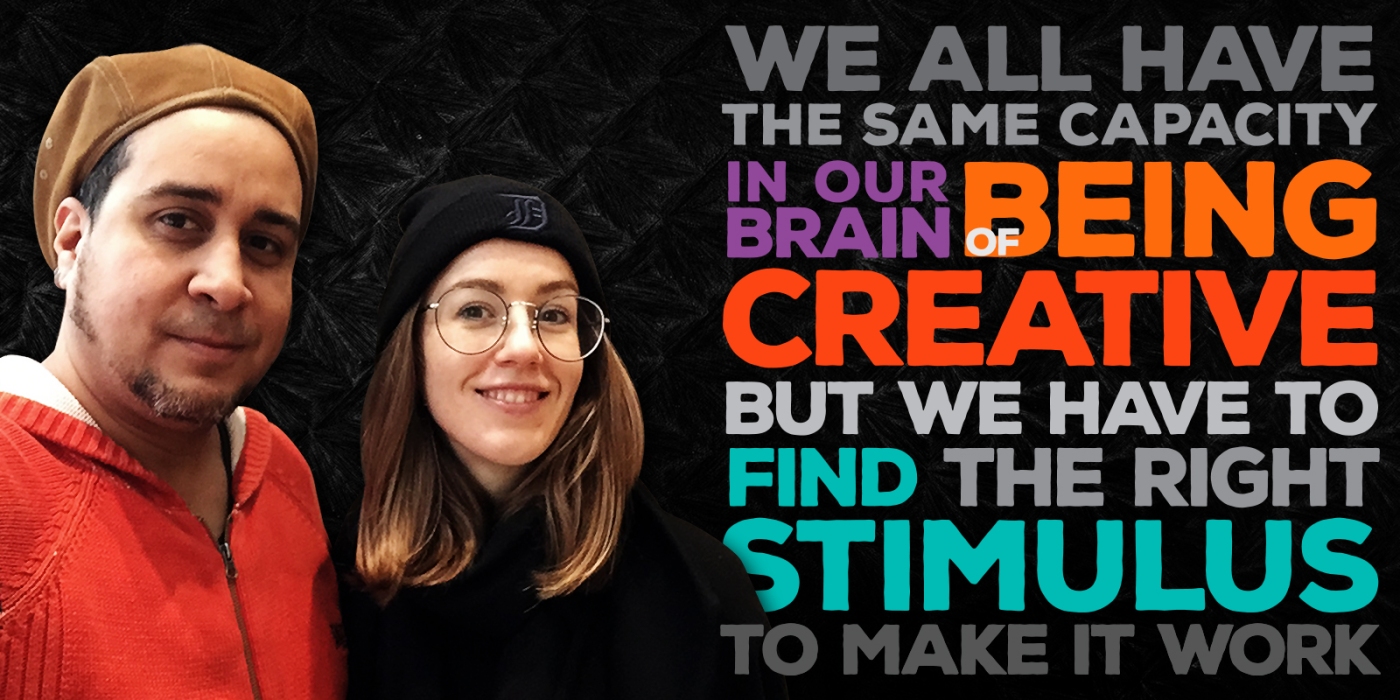 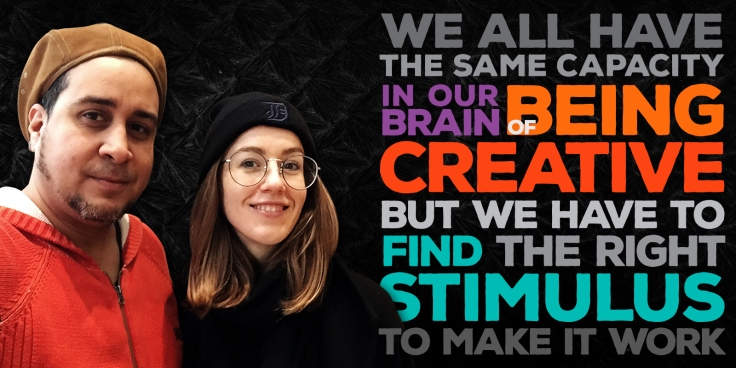 I met Alëna and started following her work through a series of art and creativity related on-line groups. Although it would be a while before we got to meet in person I was already fond of her cool personality. In several occasions, Alena shared on these groups her deep-rooted interest in the phenomenon of creativity and that sparked even further my curiosity. This is a conversation I was looking forward to. 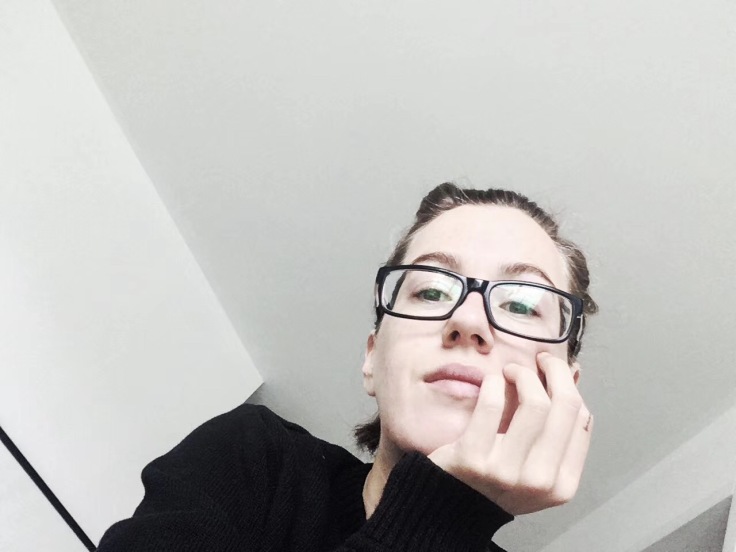 Alëna Olasyuk is a Ukrainian artist who lives and works in Beijing. She graduated from the Arts College in Khmelnytsky city and later complementing her studies at the Beijing Institute of Fashion Technology where she obtained degrees in arts and media. Since then she has been working with a variety of mediums, such as oil paintings, ink on paper, woodcut print and piercing art. 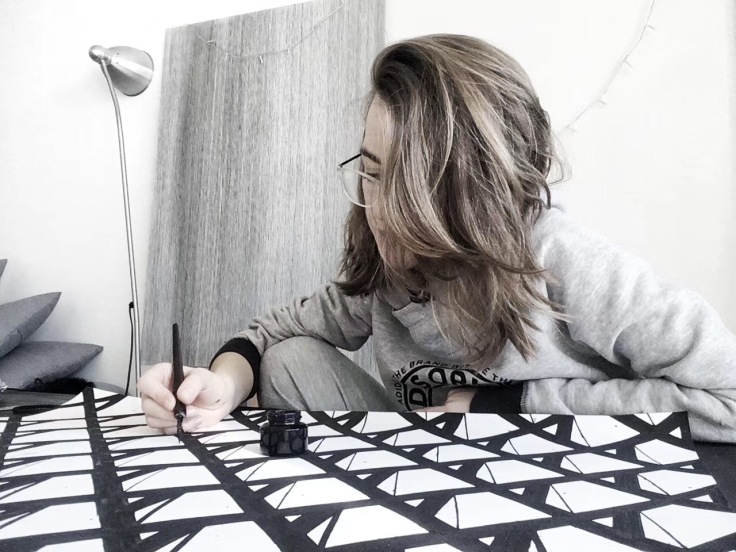 I have to admit that before I got to talk to her in person I had created a stereotypical image of who she was, I guess it was a case of positive stereotype after seeing her work full of black geometrical patterns, her sober style where everything around her was very neat, organized and structured. I was pleasantly surprised to find out that behind that apparent rigidity and structure there was a relaxed, cool, funny, incredibly smart person who on her admission could be chaotic at times.

Alëna is a doer, one of those people who are very prolific and pursues a project until the very end, regardless of where it will take her, more for the sake of exploration and experimentation. That can be clearly seeing on her art in which she produces textures in the shape of geometrical patterns that she patiently and methodically carves by hand using a pen nib and ink, scratching the surface of the paper repeatedly, line by line in a meditative process that to me it resembles the construction of a Buddhist sand mandala. The result is these amazing surfaces that subtly vibrate to the eye with the contact of the light and movement, inviting you to stare closely and immerse yourself in the piece. 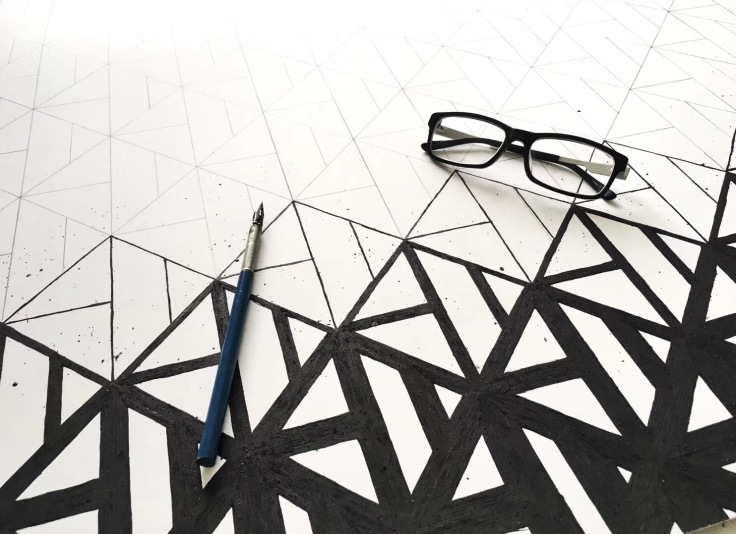 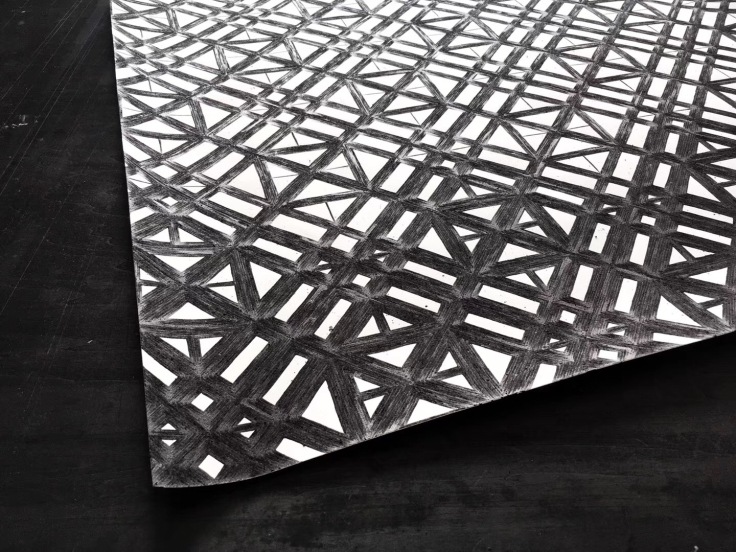 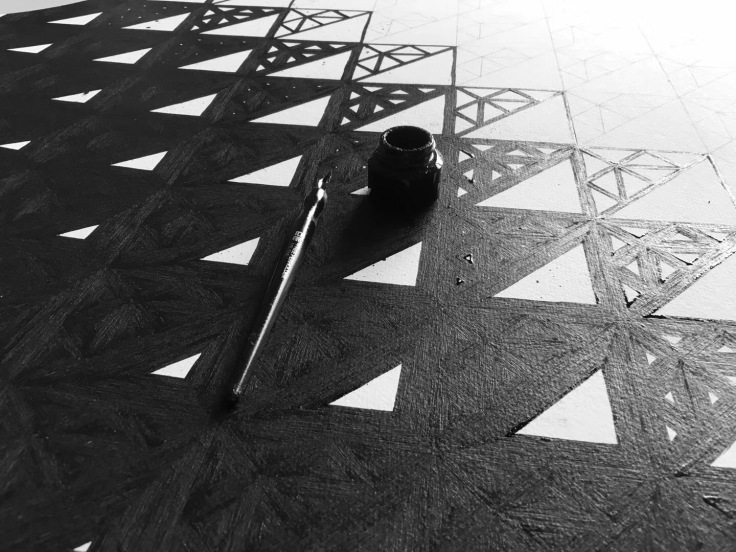 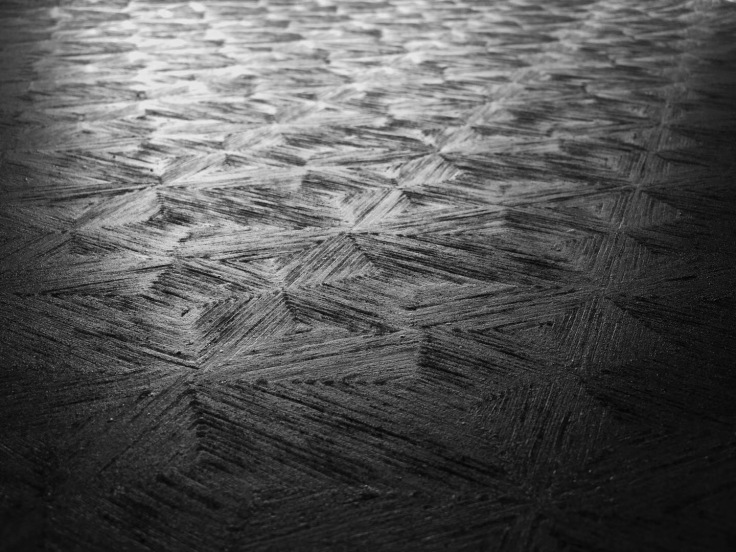 Alëna is also an enabler, she is constantly looking for people to participate in creative projects or promoting their work through brand-art collaborations. That allows her to enrich her own creative experience and constantly making new connection which is always a good thing in a country like China 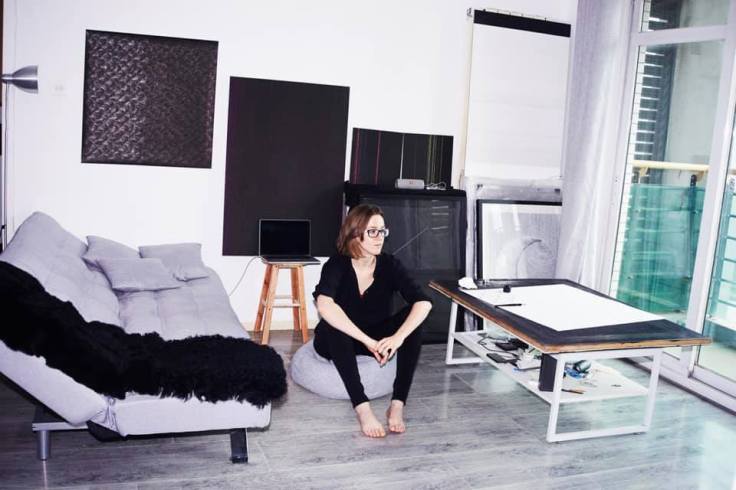 During the time that passed after our conversation, her work has exploded increasingly, taking part in several shows and creative activities and also developing CHI a media which is a platform that allows brands and artists to collaborate in beautiful projects

The Creator for this episode was: Mariana Savchenko

Performing: Music Is My Only Guide